Home Community Wullschleger: Why I chose politics and the BO

Home » Articles » Community » Wullschleger: Why I chose politics and the BO 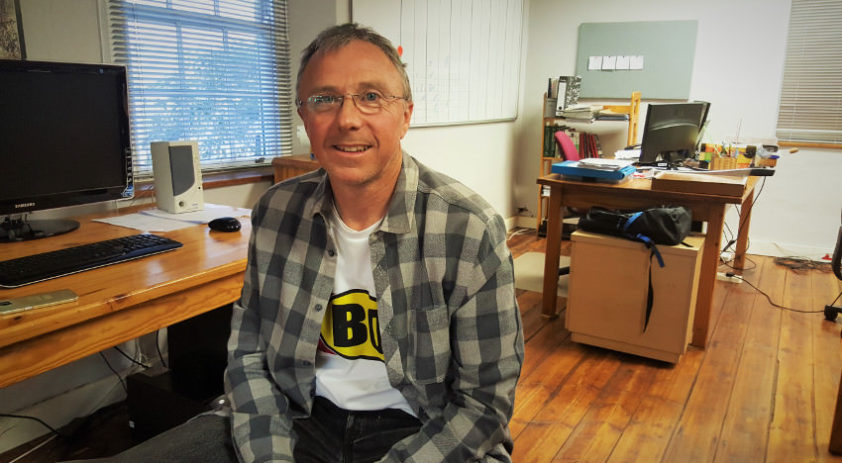 Why would a business leader decide to go into politics? How would he decide which party to join? On the eve of South Africa’s municipal elections of 2016, Nik Wullschleger talks about his hopes for the Breede Valley and why he thinks Breedevallei Onafhanklik (BO) is the best vehicle for realising them.

Nik is currently chairperson of the Worcester Business Forum (WBF). In the almost two decades he has been living in Worcester, locals got to know him as someone driven by action and progress.

When something needs to get done at his daughter’s school, he rolls up his sleeves. When negotiations with the municipality, a new safety project or a special rates district is necessary, he gets to work. His regular quotes in the media are to-the-point and reasonable. He displays qualities perfectly suited to his role as link between business and government.

Now he might be headed for a government position himself. That is if either he wins as ward candidate in Ward 12 of the Breede Valley, or the BO gets enough votes overall to win at least four seats in Council.

The politician that impressed him

“I didn’t really go looking for this opportunity. It presented itself and I took it,” he says. He was in a meeting at the Cape Winelands District Municipality one day when he heard current BO leader Colin Wilskut speak (Ceraj Ismail, independent ward councillor until now, is the party’s mayoral candidate in the upcoming election).

“Colin was standing up and making his points, and everything he said was spot-on. I had a couple of discussions with him. If anybody is getting results, it’s him. Maybe the methods are a bit…but maybe it’s about time to get a little bit hardegat.”

Nik believes the fact that Colin gets some people’s “blood pressure rising” is an indication of his effectiveness. “There’s something real there. And the BO is bigger than Colin Wilskut; it’s grassroots political activism.”

Action is part of his make-up, says Nik, and it was slow progress that frustrated him to the point of making a move. “I’m a very results-driven person. I’m strategic, an activator and an achiever.” The projects that were proposed in monthly meetings between municipal officials, councillors and forum members, rarely took off, he says. “We came up with lots of opportunities from business. And it was not just pure business; it was business with a heart, trying to integrate different communities into the livelihood of Worcester.

“But we actually only attained two or three or four percent of what we could have attained. And that’s after five years.”

He calls everything that didn’t come to fruition missed opportunities: Possible business developments sunk by red tape. A tour to Cape Town that should have taught locals how Straatwerk works with the homeless in the city. The need for better infrastructure and support systems (better roads, land for crèches close to workplaces, public transport) that could have been catalysts for local industry expansion. Meaningful new projects for the tourism industry. Inexpensive greening opportunities. Money budgeted but not spent in a given financial year.

He is quick to point out that the municipality did assist the business sector and that its support was a great improvement on that of the previous regime. “But we’ve got to force them to do this. I may be more useful on the inside, pulling, than on the outside, pushing.”

His motivators are still what they are at the business forum. “I don’t believe in standing by and criticising.

Nik studied geology at the University of Cape Town, majoring in oceanography and climate. But it wasn’t until he worked for Anglo American in Johannesburg that his appreciation for environmental issues (and his horror at how concentrated wealth can become) really developed.

He started a little environmental studies company with a friend and helped his father establish a small tourism operation in the Koue Bokkeveld. His wife, Gisela brought him to Worcester just shy of 20 years ago.

He started his environmental impact assessment company, Boland Enviro in 1998. “I’ve never actually worked for anybody. We’ve always taken projects. I was also very fortunate to get into the Department of Water Affairs as a consultant.” From this a second company was born – Informage, which is specifically aimed at water-related problem solving.

He has been chairperson of the Worcester Business Forum since 2009 and will stay on if he does not get a seat in Council. “Maybe not as friendly with the municipality as in the past, but maybe it will clear the air and let us get into action.”

If he does get a seat in Council, he has full confidence in his colleagues to take the business forum forward.

Worcester snippets for the curious mind

1. The power plant that was The Hex River power station, which was situated in Worcester’s industrial area close to...