Home Community Bringing together a continent – from an office in Worcester 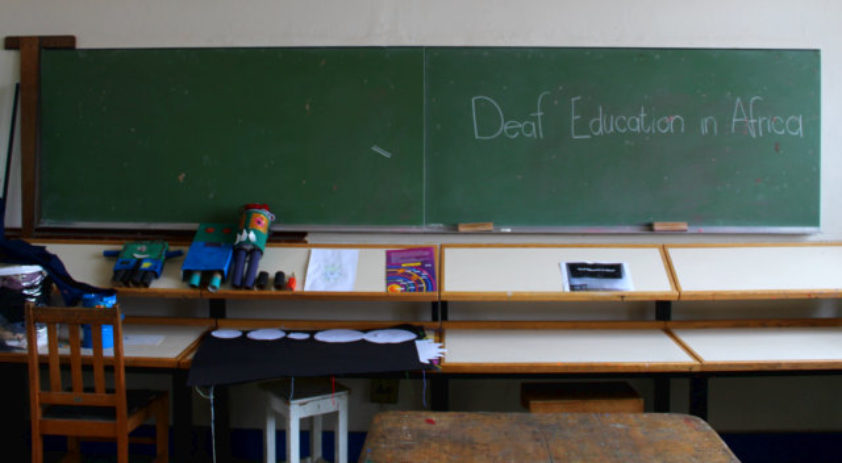 Almost every country on the African continent will be represented at a conference in Johannesburg next month, and a small team of people living and working in Worcester is making it happen.

Lining up English-French translators, sign language interpreters from as far as New Zealand, stenographers… These are the kind of arrangements CEO Suzette Willemse and her team at DeafNET Centre of Knowledge need to get done before the fourth DeafNET Africa Conference in September.

Suzette says the conference, held every four years, is one of the most important events on their and their African beneficiaries’ calendars. What is said and done here, will influence Deaf education, and the quality of life of people with hearing loss, in 48 countries.

Communication at the conference is by far the biggest cost, says Suzette. In some cases, a whole “chain” of translators and interpreters is needed. When a guest speaker speaks French but the sign language interpreter doesn’t, a French-English translator is needed to link them.

Furthermore, there are different sign language dialects, and every attendee needs to understand. For people who have become deaf later in life (meaning they have completely developed language skills but don’t necessarily know sign language) stenographers will convert what is said into text.

Suzette says some of the sign language interpreters, who have to be brought in from as far as New Zealand, charge up to R8 000 or R10 000 per day. “The South Africans are volunteering their services, but those from elsewhere are expensive.”

Help was called in from the World Association of Sign Language Interpreters to arrange interpreters, and from Wits Language School for translators.

The scale and importance of the event becomes clear from the guest speakers lined up: Professor Anne Baker of the University of Amsterdam, a sign language expert; Rachel O’Neill of the Edinburgh University in Scotland, founder of the Sign Language Glossary; Professor Rebecca Lekoko of the University of Botswana, Dr Joyce Nalugya, a psychiatrist from Uganda, Dr Danny Titus (originally from Worcester) of the SA Human Rights Commission; and Ingrid Parkin (Olympic swimmer Terence Parkin’s wife), principal of St Vincent School for the Deaf, to name just some of the speakers.

Suzette, along with locals Deon de Villiers (CEO of the National Institute for the Deaf) and Jeannie Cook (De la Bat School for the Deaf) will also spend some time behind the podium.

To the rest of Africa

The aim of the conference is mainly to share expertise which influencers can take back to their own countries. “Our whole focus is Deaf education in Africa. That’s why we’re DeafNET Centre of Knowledge,” says Suzette. “Our most important aim with the conference is to empower the Deaf with knowledge so they can unlock the same opportunities as those who can hear,” says Suzette.

At least two representatives from each of the 48 countries where DeafNET already has a footprint, will attend the event.

The conference will be held from September 26 to September 30 at the Premier Hotel OR Thambo. DeafNET’s tenth anniversary will also be celebrated with a gala dinner.

• DeafNET is situated on the premises of the National Institute for the Deaf (NID) but is an autonomous entity. Its mission is to empower all people with hearing loss and related communication barriers on the African continent to achieve their full potential. It was established in 2006.